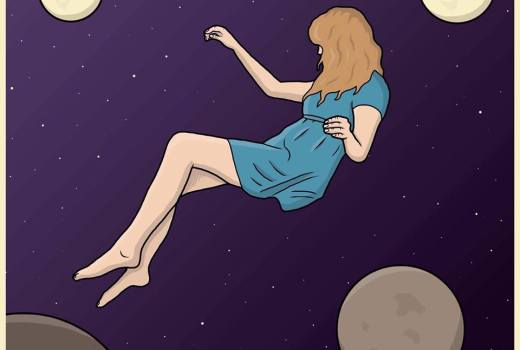 The newly released EP from Sheffield songstress Rachael Webster hit my inbox this week, and it’s well worth making it hit yours as well.

There’s something I need to get on paper (well, on screen) before I start talking about Rachael and her music. I get sent a lot of music and music links, by a lot of different people, and when you look at what’s been sent, you get to know the outcome before you even listen to the music.

I’ve listened to some awful music, generic, bland offerings, which sadly abound because making music seems so easy for people these days.

I wanted to say that, so that when I start talking about Rachael, and specifically the music on Find a Place, you realise what I mean and where I’m coming from.

Find a Place is nothing like the reams of music submissions I’ve dismissed above. You know the amount of hard work and application that’s been poured into this EP. It’s well produced, rhythmic, thoughtful, and pitched at the right tone and style for the lyrics. Rachael has a voice of quality and feeling, and she’s writing songs that showcase her voice excellently.

There’s a really good blend of tempo and feel. I love a good driving rock song, so my favorite is probably Whisky and Cream. In Too Deep is beautifully atmospheric, and the other tracks on the EP (Coming Home, The One, and Lost In My Head) deliver a strong lyrical punch alongside some lovely acoustic melodies and layers.

At the end of all that, the Sound Impression verdict?

This is where I really ought to develop some kind of rating system. Four and a half porcupines? Sounds like I need to work on that, but whatever measure – we like. And so will you, so go seek out Rachael on Facebook, and go listen to her music!

Find a Place is released on ComRock Records. 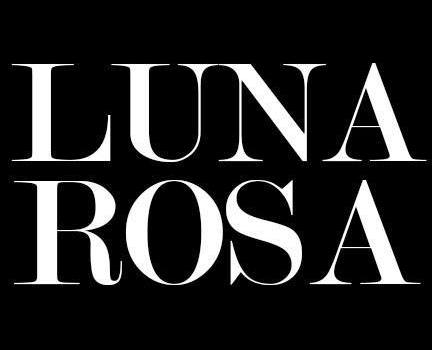 The new single from Luna Rosa is being marketed directly to help the victims of the Grenfell Tower disaster, and all money generated from sales and merchandise will go towards the funds. So please buy it, or donate directly to the cause, as the victims need all the help they can get.

That’s all I’m gonna say about the charity and fundraising for now, because this is, after all, a music review site and not one of your high street chuggers moved online.

Luna Rosa spring forth from Corby, the town that won the naming rights for the world’s favorite trouser press. However, whilst the most popular unused hotel appliance sits quietly in the corner of the room and serves for nothing but an additional space to hang a jacket, you’ll never be able to say the same about Luna Rosa. Since forming in 2015, they have played at festivals, sell-out shows, and headline slots, sharing stage space with many of music’s big names with their high-energy, high intensity sound.

Fear, Filth, Dirt & Death is a driving, pulsating track, in complete contrast to the Simon Cowell-inspired version of Bridge Over Troubled Water. It’s clearly politically driven, with the theme basically being ‘the rich and powerful don’t care’, complete with references to the NHS, financial corruption, and of course, the terrible events in West London in June 2017.

That’s why it’s not an easy song to review for me.

The song itself has some great hooks and melodies, is well played and well produced, and would generally sit well alongside most others in the Alt-Rock-Punk scene.

For me, however, the last thing I imagine that the victims of the fire need is more anarchy in their lives. The tragedy was preventable, and yes, the inquiry will identify those culpable and then justice will – at some level – prevail. But linking it to perceived or even actual assaults on the NHS is disingenuous. This was,to me, not a failing of national government – irrespective of which party was in power at the time any local decisions were made that contributed to the tragedy – and the two things are, to me at least, very different.

Anyway – time to sum up: Fear, Filth, Dirt & Death is a good song, worth listening to, and for the purpose of helping the victims at Grenfell or just for a big protest sound blasting your eardrums, well worth investing in. I just wish that it had been released apart from the disaster, because the two don’t sit well together in my mind.

For more info on the band and release info for the track, please see their Facebook page. 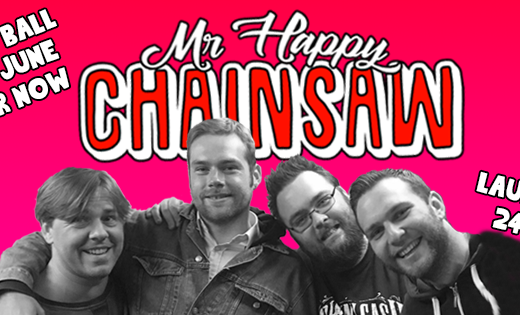 One of the many emails to drop into the Sound Impression mailbox recently was a note from Essex-based punky popsters Mr Happy Chainsaw. Their latest EP, It’s Not My Ball, is being released soon, after strong airplay for their single release, Standing There.

Now for me, there’s a few things that stand out in the band’s favour. There’s a level of production that helps show this hasn’t been thrown together in a mate’s garage. The lyrics cut through the instruments, and the whole thing is balanced, tight, and technically accomplished. All of which is important, but let’s face it – it’s a bit dull for a music review. Which is why I got it out of the way early. You don’t want to know whether the tracks are professionally produced, you want to know what’s gonna slap your ears and make you smile.

Let’s start by sharing how Mr Happy Chainsaw describe themselves. Imagine if you will, a cocktail bar. If you asked for a Mr Happy Chainsaw (they tell me) you’d get “a pinch of Blink 182, Green Day and Alkaline Trio, to which we add a splash of Foo Fighters, a hint of Barry Manilow and Elton John and it all gets topped off with a generous serving of tongue in cheek fun and a dollop of Essex”.

There’s a big expectation after that kind of statement. You’ll either be looking for the flavours of all those great acts, or you’ll be hoping for something uniquely distinctive. The truth? It’s actually somewhere in between, somewhere that mixes all of these to make something a bit different. Although I probably wouldn’t recognise ‘a dollop of Essex’ if it was served on a spoon with a cherry…

Tracks like Standing There and Your Best Friend have a Foo Fighters / Blink 182 vibe, with a solid, driving freshness that propels you along. There are catchy riffs and vocal hooks, all of which make their music something you can listen to over again.

There’s also clearly a more considered, thoughtful side to the guys. When listening to their tracks (especially Leaving Town) there’s a definite story running through the songs. I hope it’s not all from personal experience, because if it is, well… hard luck, dudes. There’s … an intelligence behind the music – trust me, I don’t always get that impression – and that appeals to me in a way that much of today’s one-dimensional blandness simply can’t.

Overall?  A Sound Impression approves, and suggests you go to http://www.mrhappychainsaw.com and see for yourself.

Back after a too-long hiatus, I’ve been listening to the Fool’s Dream EP from Lincoln-based alt-rockers Future Theory, a band who have attracted attention from Q Magazine and BBC Introducing.

The EP has five tracks, and I think it’s fair to say that the band have made a conscious effort to showcase as wide a range of styles as possible.

Let’s start with the title track. Fool’s Dream has an acoustic, heavily ambient feel, with their cited influences (reverb, delay, experiences, and each other) driving the melody so strongly, I’d fully expect someone to be credited as playing the pedals. There’s a depth of feeling and emotion here that really warrants me listening to this live in a smoky club rather than in my office, watching the traffic go by outside the window.

Listen Closely is completely different, laying Max’s lazy vocals over a far cleaner musical backline. It has a more psychedelic feel to it than Fool’s Dream, and Chris’ guitar riffs hold up a mirror to the vocals and contrasts nicely with the more jaunty main rhythms.

Eye Of The Storm drives more frenetically, with a more solid rock feel, whilst Horses takes us in a more intimate direction, drawing you into a steadier, more measured story where the message takes priority over the delivery. That might sound like a strange thing to say, but think about it: when you listen to a song, and you associate with the song and the lyrics, it’s so very different to when you remember a song more by its tune or signature riffs and less by what the lyrics actually said. Horses is delivered in a way that focuses the attention onto the words, and there’s nothing that distracts you, so well do the instruments and vocals mesh.

The EP is rounded off by Horses/Koncide, which kinda let the EP down a little for me. It’s almost the opposite of Horses, with an ambience and techno-beat that simply pushes the envelope too far. I get the feeling that this one was an experiment that felt good after a few beers, but personally I don’t see that it adds anything to the EP or the band’s signalled direction.

Overall? There’s a lot of good stuff here. My top two would probably be Horses and Listen Closely. I’ll revisit and listen to more, and if the boys ever venture south, I’d be interested in going along, because they leave the impression of a band that really delivers in a live setting. If I ever do come along though, don’t be surprised to see me head for the bar when the techno stuff begins….

For more info on the band and to get in touch, their facebook page is http://www.facebook.com/FutureTheory/

Fools Dream EP is on Spotify at http://spoti.fi/2fgPzsY

Citing influences such as Smashing Pumpkins, Radiohead, The Cure and New Order, Wake Up Leo is an up and coming project fronted by Leo Ulph, backed by a very tight indie/pop band from the South East of England.

Leo and the boys put out a very polished, professional sound, with hints of the New Romantics of the eighties mixing in with a definite pinch of nineties chart Britpop.

I was sent five tracks, including their latest release, Friends. Of these, my favourite was The Race We’re Running, a poppy number with an instantly memorable riff and a feel that reminded me of Ladyhawke’s self-titled first album.

Of the others, Higher is more anthemic, with a Verve / Coldplay style. Cellophane brings the Housemartins into the frame, whilst Friends brings a feel-good message and feel that wouldn’t have been out of place in the eponymous US sitcom that bears the same name. The final track, Nowhere To Go, is probably the most individual track I heard, more difficult to pin to any genre, and I suspect closer to their own style than the other songs.

So what do I think?

The guys in the band (Leo, Erim, Paul, Tom, and Russ) know their stuff. The tracks are well formed, polished, and laid down well. There’s a commercial edge to the material that comes over clearly and, given the right exposure, I can see Wake Up Leo going places.

One thing bothers me though.

There’s a sense in which the band, and the songs, are…. well, a little too commercial, a little too nice. Were I to throw a word of advice to them, I’d like to see a little more energy and edge in their music, because it’s a cut-throat business and unless you stand out, you run the risk of being categorised and then forgotten.

Overall – I like Wake Up Leo quite a lot. I can’t help thinking that I’d like them even more if they tried to upset me a little…

Check out Wake Up Leo at https://www.facebook.com/wakeupleo1